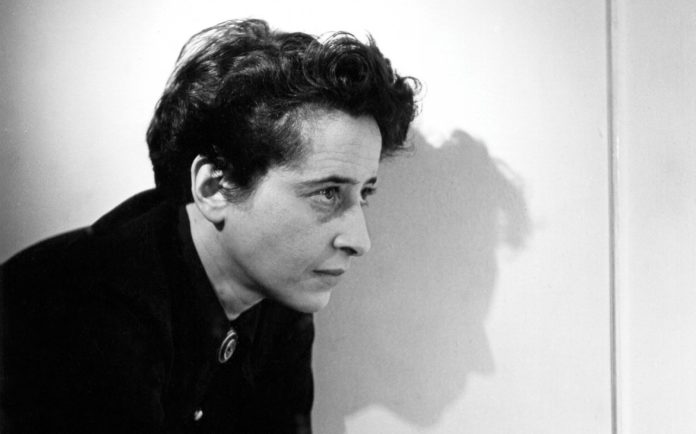 Hannah Arendt Bluecher was a German-American political thinker and philosopher. She wrote numerous books on the topic of totalitarianism and epistemology, many of which continue to impact modern-age political theory. Due to her immense contributions, Arendt is ranked as one of the most important political theorists of the 20th century. She is well-known for The Origins of Totalitarianism, published in 1951, which revolved around the Nazi and the Stalin regimes.

Johanna “Hannah” Cohn Arendt was born on 14 October 1906 in Hanover, Germany, to a German-Jewish family. Her parents were politically progressive and supporters of the Social Democrats. They also strictly observed the Jewish culture. Arendt grew under the guidance of her mother and grandmother after the dad died while she was seven years old. The political philosopher completed her secondary education in Germany before joining the University of Marburg. Martin Heidegger, a professor in political philosophy, took charge of most of her learning.

Arendt had a brief affair with Heidegger, who influenced most of her thinking and political life. She was married to Gunther Stern in 1929 and divorced in 1937. She involuntarily left Germany in 1933 for Paris where she worked with a number of Jewish refugee organizations. She then immigrated to the United States in 1941 when she became a part of the intellectual community. Arendt re-married to Heinrich Blucher in 1940 until her death on December 4, 1975, due to heart attack.

Arendt wrote The Origins of Totalitarianism in 1951. In this book, Arendt argues that the refusal to take in refugees is a contributing factor to a state turning to totalitarianism. She also makes a couple of other arguments for this to happen. The author also wrote a couple of other books, including The Human Condition (1958), On Revolution (1963), Men in Dark Times (1968), and Crises of the Republic (1972). Most of these works were a reflection of her political actions. For instance, Men in Dark Times presents intellectual biographies of moral figures of the 20th century, like Pope John XXIII and Karl Jaspers.

Hannah Arendt became good friends with American author Mary McCarthy with whom they used to correspond. She became a naturalized citizen of the U.S. in 1950, and once again started seeing Heidegger. American writer Adam Kirsch described this relationship as quasi-romance.

The philosopher’s major work, The Life of the Mind, marked her re-entry into moral philosophy. She wrote the book from the perspective of the mind’s activities of thinking, willing, and judging. Her success and model of thinking were captured in the documentary Vita Activa: The Spirit of Hannah Arendt, released in 2015. Her works remain greatly admired and made her an icon. Arendt has been recognized for her contributions to civilization by numerous organizations, including the United Nations Refugee Agency (UNHCR).

The Scarlet Letter by Nathaniel Hawthorne

ClassicBooks.com - August 4, 2020
The Scarlet Letter by Nathaniel Hawthorne is a historical fiction published in 1850. The main character is Hester Prynne, who thinks she is a...

The Adventures of Huckleberry Finn by Mark Twain

The truth about Henry Ford by Sarah Terrill Bushnell

ClassicBooks.com - August 5, 2020
Charles Darwin is famous for his book On the Origin of Species by Means of Natural Selection or the Preservation of Favoured Races in...

The Adventures of Tom Sawyer by Mark Twain

What Is Life? by Erwin Schrödinger