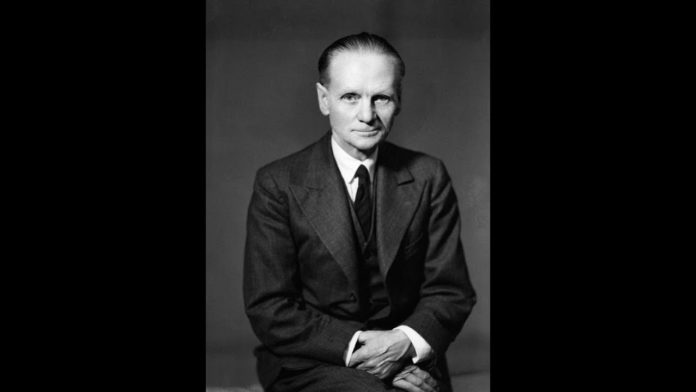 Sir Ralph Norman Angell, a winner of Nobel Prize in 1933, was one of the most revered authors, journalist, lecturer, and Member of Parliament under the Labour Party. He is highly-acclaimed for his deep-thought books. In particular, The Great Illusion, initially published as Europe Optical Illusion, attracted the author both praise and criticism. That’s because the book portrayed numerous ideologies, some of which came true while others were proven wrong. The principle idea in this book was that due to economic interdependence there was not viable for countries to go to war. He further expounded on the topic of military power and its importance in becoming a world superpower. Even though he is heavily criticized for having made incorrect observations after World War I broke out, at no point did the author write that war cannot take place.

Born as Ralph Norman Angell Lane, the English Member of Parliament became popularly known by the name Angell. He was born on 26 December 1872 in a family of six children. He was raised by well-doing father and mother in Holbeach Lincolnshire, England. He would, later on, confess that his older sister, Carrie, was the most influential person in his life. The sister drove him into reading the works of renowned authors like Darwin, Voltaire, Huxley, and Herbert Spencer.

Angell studied in several schools across England. He also expanded his education in France at the Lycée Alexandre Ribot and in Geneva at The University of Geneva. Having been dissatisfied by the life in Geneva, Angell emigrated to the United States age 17 years. In 1898, the author faced a family matter that forced him back to England briefly before proceeding to Paris as a sub-editor of Daily Messenger.

In the mid-1930s, Angell was actively involved in pushing for international opposition against hostile policies on Italy, Germany, and Japan. In 1940, he delivered a lecture in the United States advocating for America’s support for Britain. He remained in the country until 1951 when his autobiography was published. The author would then travel back to Britain where he died in October 1967 at the age of 94 in Croydon, Surrey.

Angell’s career spanned from the political world to journalism and authorship. Having immigrated to Paris, his journalism career was highlighted as editor of the Daily Mail from 1905 to 1912. He relocated to England in 1914 and joined a team to form the Union of Democratic Control. He then joined the Labour Party and became its parliamentary candidate for Rushcliffe. He was the Member of Parliament for Bradford North from 1929 to 1931 after which he chose not to seek re-election.

As the author of The Great Illusion, Angell successfully stamped his authority in the books of history. The book had interesting discussions on economic power, military power, and conquest in the modern world. He is also known for many other works like:

Thanks to his contributions to the political world and social life, Angell was awarded the Nobel Peace Prize which is held at the Imperial War Museum.

The Catcher in the Rye by J. D. Salinger

Cosmic Consciousness: A Study in the Evolution of the Human Mind...

The Science of Getting Rich by Wallace D. Wattles

ClassicBooks.com - July 27, 2020
Kenneth Grahame was born in Edinburgh, Scotland, on March 8th, 1859. He was a year and a few months old when his father received...

The Adventures of Huckleberry Finn by Mark Twain

The Subjection of Women by John Stuart Mill